According to reports from www.sportspromedia.com, UK health insurer PruHealth has signed sponsorship agreements with Arsenal, Liverpool and Manchester City. 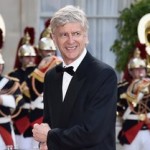 As part of the agreements PruHealth and its parent firm, Discovery Holdings, will be promoted at each club’s home games through branding on pitchside boards, on the medical staff’s clothing, and on the trio’s women’s team kits.

PruHealth will be officially designated as the official health, wellness and life insurance partner of each club.