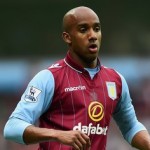 The People reported that they will both see their contracts expire at the end of the season – and there is no sign yet that either will sign a new deal.

It is understood that neither player is happy about the direction of the club and Arsenal, Liverpool and Spurs are already monitoring Delph’s situation.

It is a tricky scenario for manager Paul Lambert as he tries to turn around a run of form that has hit a brick wall since he signed a new contract in September.