It has been reported that Arsenal and Liverpool are being linked with PSG midfielder Javier Pastore. 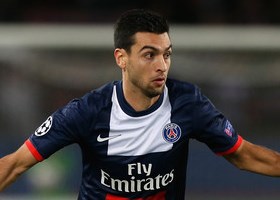 The Daily Star claims that the sale of Pastore will kickoff a new spending spree from PSG in 2014.

The Argentine international made the switch to PSG in 2011 from Palermo for a reported fee of nearly £40m, but has failed to reach the heights of his hefty price-tag.

The Premier League rivals have both been linked with a potential bid in January for the midfielder’s services, as Arsene Wenger and Brendan Rodgers look to strengthen as the league title race heats up.