It has been reported that Liverpool hero Didi Hamann is a big fan of Schalke starlet Julian Draxler. 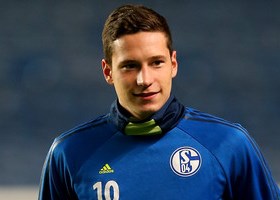 The 20 year old will be auditioning for a Premier League move tonight as he plays for Germany against England.

With Chelsea and Arsenal keen, Hamann told the Daily Mail: “An outstanding talent in midfield. He is a big lad, maybe 6ft 2in, but his touch is fantastic, as is his awareness.

“What I like most about him is that he can play the game at his own tempo and makes things happen.”