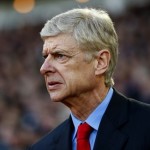 Reports are out claiming that Saint Etienne youngster Rayan Souici is attracting interest from England.

France Football reported that Arsenal and Liverpool are battling for the 16 year-old, who could be on the move from France next month.

The France U17 international plays as a defensive midfielder.

“I have a model that I admire every day, it’s Paul Pogba. Before my matches, I watch videos of him, he really is an exceptional player.”