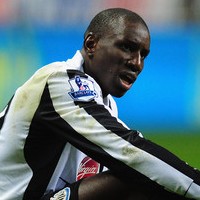 Reports are out claiming that Chelsea have dropped talks with Newcastle United striker Demba Ba.

The Daily Mail reported that Ba’s proposed move to Chelsea has collapsed after the West London club failed to offer a significant improvement on the prolific striker’s wage packet at Newcastle.

Ba earns £20,000-a-week basic at St James’ Park plus further £20,000 appearance money and had hoped a move to Chelsea would see him at least double that figure.

While Chelsea are prepared to meet Ba’s £7million buy-out clause their unwillingness to top his current wage terms at Newcastle has scuppered the deal.

The breakdown in talks leaves the way clear for the likes of Arsenal and Liverpool to enter the fray while a switch to moneybags Paris Saint Germain is also a possibility and QPR have been linked.