It has been reported that Arsenal are considering re-signing Real Sociedad striker Carlos Vela. 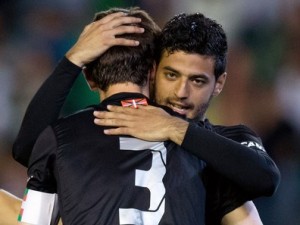 The Daily Express claims that the Mexico international striker signed for Real Sociedad permanently in 2012 and the Gunners are set to re-sign him for £3m according to reports.

It is thought the 25-year-old will help supplement Arsene Wenger’s strikeforce next season.

And the deal could benefit Arsenal as they could sell him for a big profit if he fails to make the grade.