Kolo Toure has admitted that he is determined to prove to Arsenal that they were wrong for selling him back in 2009. 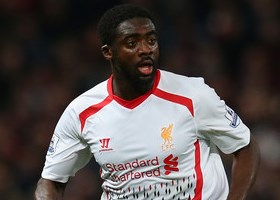 The Gunners sold the Ivory Coast international to Manchester City for £16million just over four years ago and the central defender he is determined to show manager Arsene Wenger that he was perhaps incorrect in letting him go.

“I think it’s going to be a great game for me to play,” he told the Echo.

“I had some great times there and it was a big part of my life.

“Without Arsene, I wouldn’t be here. He was the one who saw me.

“He’s a fantastic manager and gave me my chance to play football in this country.

“But now is not the time to talk about him. He knows I’ve been talking about him all the time.

“It’s always special to go back there but at the same time I want to show on Saturday that Arsenal made a mistake by letting me go.

“I’m going there to fight. I want to show them what I can do and help my team – Liverpool – to win. Right now I don’t want to think about any of the good things that Arsene did for me as I’m focused on getting those three points.”