PSG signing Yohan Cabaye has revealed that he has no regrets missing out on a move to Arsenal in August. 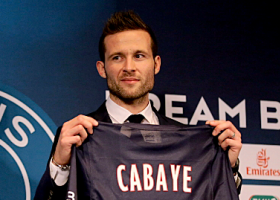 The former Newcastle United midfielder was presented as a PSG player yesterday.

“Arsenal did make an offer but after that discussions sort of stopped. I was upset at first but things have worked out in the end. I am not angry with anyone. It would be stupid of me,” said Cabaye.