Reports are out claiming that Newcastle United midfielder Cheick Tiote is attracting interest from Manchester City. 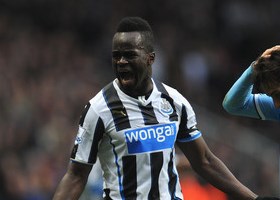 The Daily Mail claims that City are considering a summer move for Tiote.

City boss Manuel Pellegrini wants a top quality defensive midfielder to bolster his squad and has been impressed by Tiote since his arrival in England.

The 27-year-old Ivory Coast star is a fiery character who has drawn admiring glances from the likes of Arsenal, Chelsea and Manchester United since signing from FC Twente in 2010.