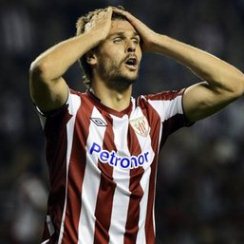 According to reports from Sky Sports, Arsenal and Manchester City are believed to be showing plenty of interest in Athletic Bilbao’s Fernando Llorente.

The Spanish international striker is already being tracked by Liverpool but now it appears as though the Gunners and City have joined the party.

Llorente’s contract with Bilbao expires next summer and he has rejected a new deal at San Mames prompting the club to ponder selling him in January.

Arsenal Youngster Gedion Zelalem To Be Handed Debut Against Tottenham