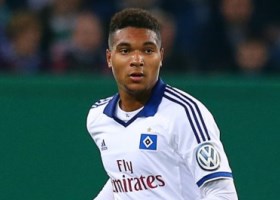 Reports are out claiming that Hamburg defender Jonathan Tah asked not to be considered for last weekend’s clash with Hertha Berlin.

It is said that the 17 year-old defender is in a contract dispute with HSV and the row has sparked the interest of Arsenal and Manchester City.

HSV chief Oliver Kreuzer said: “Jonathan is not terribly difficult, but he did not play.

“It was simply because the boy has endured an awful lot during the week.” Arsene Wenger : Laurent Koscielny Is Ready For The Euros