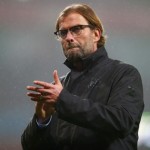 Reports are out claiming that Borussia Dortmund manager Jurgen Klopp has denied that he has received offers from clubs in England or anywhere else.

Klopp yesterday announced his decision to step down as the manager of Bundesliga club Dortmund at the end of the season.

He has been linked with the likes of Arsenal, Liverpool and Manchester City in the past and is very likely to again attract the attention of major European clubs.

“I have not had any contact with any other clubs, either in England or elsewhere, nor have I any plans to take a sabbatical,” he said.

“But with a manager job, it could be that I might have to. If that means half a year, or one year, I don’t know. I haven’t structured anything, nothing is calculated, I haven’t planned anything.

“I always said in that moment where I believe I am not the perfect coach anymore for this extraordinary club, I will say so.

“I believe this is the right decision at the right time. I just wanted to make my decision known now so that the club can plan for the future.”

Klopp guided Dortmund to two Bundesliga titles, one German Cup and a Champions League final in his seven years in charge.