According to reports from Sky Sports, Raheem Sterling has returned to pre-season training with Liverpool as speculation continues about the England winger’s future at the club. 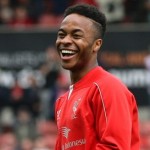 Liverpool have rejected two bids from Manchester City for the 20-year-old since the end of last season and he arrived at Melwood just after 9am on Monday morning along with several of the club’s new summer signings.

Sterling’s future will be thrown into sharp focus again next week when the club flies out to Thailand for their pre-season tour of the Far East and Australia.

The England international winger is also linked with a move to Arsenal.

Arsenal To Allow Alexis Sanchez To Do Recovery In Chile