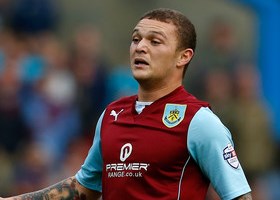 Reports are out claiming that Arsenal are keeping tabs on Burnley fullback Kieran Trippier.

The former England U21 international is rated the best young fullback outside the Premier League and was watched by Manchester United boss David Moyes on the weekend.

The 23 year old is also on the radar of Gunners manager Arsene Wenger as he considers potential replacements for contract rebel Bacary Sagna.

A former Manchester City trainee, Trippier is inside the final 15 months of his current Clarets deal. My Heart Will Always Be With Manchester United – Vidic