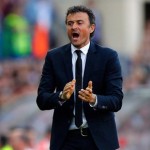 Reports are out claiming that Barcelona could lose five senior players this summer, despite their transfer ban.

AS revealed that five Barcelona players could be on their way out of the Camp Nou.

Pedro’s exit has been touted for a few months and he is attracting interest from the Premier League trio of Manchester United, Arsenal and Chelsea, while Inter Milan are also keen.