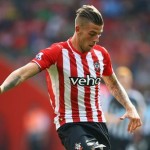 Reports are out claiming that Southampton will be due a penalty fee if Atletico Madrid refuse to sell them Toby Alderweireld this summer.

The Belgium international defender is on a season-long loan from Atletico, with Saints having the option of signing him permanently for a fee of €8.5 million.

However, with Alderweireld’s form attracting interest from Manchester City, Arsenal, Manchester Unite and Liverpool, it’s been suggested Atletico will block Saints from signing him and instead sell the stopper to the highest bidder.

Sport says should Atletico decide to refuse to do business with Saints, they will have to pay a penalty of €1.5 million to the English club for going back on the original agreement.