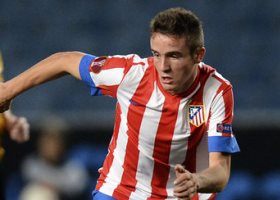 It has been reported that the agents of Atletico Madrid defender Saul are not surprised by interest from England.

It is said that Manchester United coach Phil Neville watched Saul on Sunday in action for Rayo Vallecano, while Chelsea and Arsenal are also keen.

Antonio Sanz, head of communication for Bahia Internacional, told the Telegraph: “Atlético are a selling club. They have sold Fernando Torres, Sergio Agüero, and David de Gea. Another matter is whether a club is willing to come in and make an offer.”