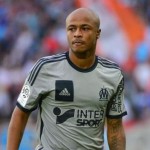 Reports are out claiming that Marseille president Vincent Labrune has confirmed that Andre Ayew will leave the club this summer.

The Ghana international has been linked with a number of Premier League clubs in recent times, including Arsenal, Manchester United and Liverpool, and it appears as though he is headed to England’s top flight at the end of the current campaign.

“We can’t keep Ayew,” Labrune said. “He is a very important player for OM but we can’t offer him the kind of money that English clubs can offer.

“The French financial system is complicated and we can’t offering him an equivalent salary to what he can earn in England.

“And equally, we can’t ask Ayew, who we love and is an icon for our team, to accept a lower salary.

“That makes no sense so unfortunately he is going to quit the club and we hope he has a great career that he deserves in England or somewhere else.”