Reports are out claiming that Valencia are ready to send stroppy defender Adil Rami out on-loan in January. 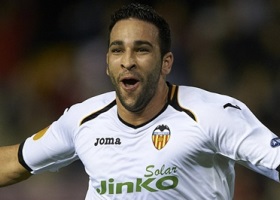 The Daily Star reported that the 27-year-old is currently in the process of completing a 10 day suspension imposed by the club having hit out at the summer sale of Roberto Soldado and Alberto Costa.

The French international’s representatives have made it clear that he is unhappy by the treatment received from the club, who are looking for the player to move on in January.

Valencia are thought to favour sending Rami out on loan initially, with the interested club taking on his full salary.

Arsenal, Manchester City and Manchester United were interested in signing the former Lille man in the summer, but none matched the La Liga club’s £9m valuation.