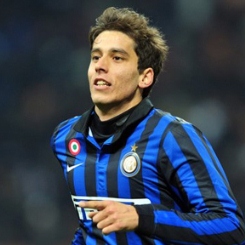 Arsenal and Manchester United are on alert over the potential availability of Inter Milan midfielder Ricky Alvarez.

The attacking midfielder chose Inter ahead of both Premier League clubs in the summer, but his time in Italy has been a struggle.

Record revealed that the Argentine international could be part of Inter’s overhaul at the end of the season and Porto, along with Arsenal and United, are sure to be considering a move for the 24 year-old playmaker.