It has been reported that Porto star Jackson Martinez has admitted that he is keen to move abroad – with Tottenham keen. 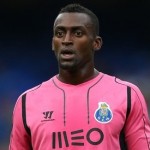 Chelsea, Arsenal, Liverpool and Manchester United were all linked with a move for Martinez during the summer transfer window – but a £40m price-tag fended them off.

The Daily Express says reports claim the Colombian sensation has grown tired of Portugal, and could be available as early as January – with Tottenham and Napoli leading the way.

Martinez’s credentials speak for themselves, 51 goals in just 66 League games for Porto show his incredible ability to find the net – an attribute Spurs boss Mauricio Pochettino would very much like to acquire.

Ancelotti : It’s Not The Moment To Find Guilt!

Arsenal Delighted With The Progress Of Jack Wilshere