Reports have emerged claiming that Alen Halilovic’s proposed move to Barcelona will go ahead despite the Catalan club being hit with a transfer embargo by FIFA. 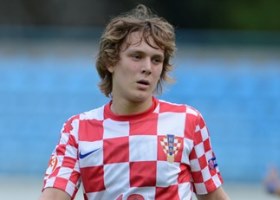 It is said that the 17-year old Dinamo Zagreb midfielder agreed a five-year deal with the Blaugrana last month but that was in danger of being cancelled when FIFA imposed a transfer.

FIFA identified that Barcelona had acted illegally in the signing of 10 young players to their famed La Masia academy and therefore forced a sanction which denies the Spanish giants in signing players under the age of 18 for the next two transfer windows.

Reports earlier this week suggested that perhaps Halilovic’s move to the Camp Nou may not go ahead, potentially leaving the likes of Manchester United, Manchester City, Arsenal and Tottenham to battle for his signature, but a lawyer representing the Croatian starlet insists the deal will be completed.

“I cannot foresee for one second that my client, Alen Halilovic, will not be able to play for Barça,” said lawyer Jean-Louis Dupont in an interview with the Spanish radio station RAC1 on Thursday.

“This is an operation that has been completed prior to the sanction.”

As far as FIFA’s penalties against Barcelona go, Dupont added: “FIFA has done well in identifying there’s a problem but I think they are giving out the wrong medicine. If FIFA’s ban doesn’t allow a future for a child and his family, then it’s wrong.

“It strikes me that if Barça sign a kid of 11, guarantees are given that he will have proper training in a good environment.”