Reports are out claiming that Schalke captain Benedikt Howedes admits he could soon be on the move. 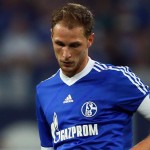 The German international defender has been linked with Manchester United, Manchester City and Arsenal this season.

The 26 year-old, speaking with BILD, admits he is likely to move abroad.

“I am laying my cards on the table and I do not want to say here that I’ll stay forever – and then leave. But that does not mean that I’ll now go in the winter or in the summer,” said Howedes.

“The foreign move excites me. When the point comes for this, I do not know.

“I’ve built a lot here, maybe it’s time for something new at some point…” Bosnian Starlet Edin Visca Proud To Be Linked With Arsenal