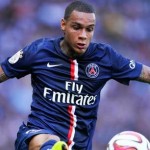 Reports are out claiming that not everyone inside the PSG camp were happy with their amazing Champions League triumph at Chelsea last night.

He then found himself benched by PSG coach Laurent Blanc, without explanation, as Marquinhos was selected ahead of him at right-back.

Afterwards, Van der Wiel told NIS: “I have not heard a word, had no explanation. So do not know why.

“These are the games you want to play. For me it was a surprise. I think it’s not common, no. But here it is apparently so…”