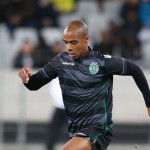 Arsenal and Manchester United are watching the youngster ahead of the summer market.

Mario, 23, has revealed he would love to play in the Premier League.

Mario said: “The league I like the most and I’ve always liked the most in the English league.

“It’s the league I like the most but that doesn’t mean I think about that one alone.”

Zenit Going All Out To Sign Man Utd Winger Nani