Reports are out claiming that Schalke striker Klaas-Jan Huntelaar admits he still has ambitions of playing in the Premier League. 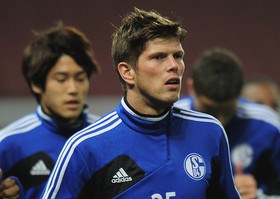 The Dutch international striker has been linked with Manchester United, Liverpool, Tottenham and Arsenal in the past.

“I still have one and a half years left on my contract with Schalke. I will think about a decision on my future, six months before my contract expires,” he told BILD.

“Of course, I think of England occasionally. But only Schalke and the second half of the season counts for me in the current situation.”