Lyon captain Maxime Gonalons has revealed that he will not decide on his future until the summer. 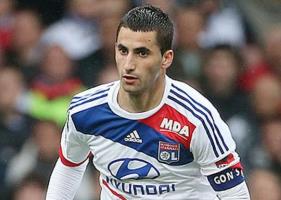 The French international midfielder was a target for Italian club Napoli in January but opted to focus on Les Gones for the remainder of the Ligue 1 season.

The 25-year old, who has also been linked with Manchester United and Arsenal, told RMC Sport that he has no intention of making a call on the next phase of his career until the current campaign is closed.

“There was a lot of discussion during January and I said that any issue would be sorted out in the summer, as I wanted to see out the season,” Gonalons said.

“At the moment, it is not right to talk about my future. First I want to finish the campaign, then we’ll see.”

Gonalons was reportedly close to agreeing a deal with Napoli in the winter but Lyon thwarted the proposed transfer, however, it is believed that the Partenopei are again showing significant interest in the six-time France international.