It has been reported that Zakaria Bakkali’s relationship with PSV Eindhoven is in meltdown. 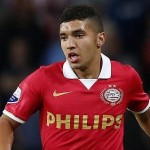 It is said that the Belgian whizkid has entered the final year of his current PSV deal and refused to consider discussing new terms.

The 18 year old’s stand has been rewarded by being dumped to the B squad for preseason training.

PSV chief Marcel Brand is losing patience with the teen, but insists: “Are there suddenly ten clubs who want him? Actually no club has yet asked for him.

“I have put a lot of energy into this, but at some point it must stop.”

Bakkali has been a long-term target for several Premier League clubs, including Manchester City, Chelsea, Arsenal and Manchester United.