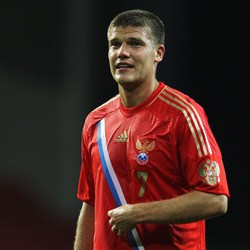 The Daily Mail reported that Manchester United, Manchester City, Liverpool and Arsenal are on alert after Russia captain Denisov was forced to train with Zenit St Petersburg’s youth team following a bust-up.

The 28-year-old midfielder angered his club by criticising the lavish salaries handed to Hulk and Axel Witsel, signed for a combined fee of £72m during the summer.

Zenit reacted by ordering him to play for their youth team, alongside team-mate Alexander Kerzhakov, who backed the outburst.