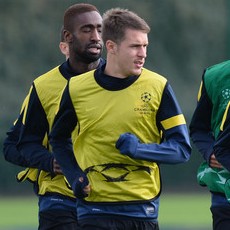 The Daily Mail revealed that the Arsenal playmaker is understood to be facing the axe from a position he has held for little over 18 months.

Wales boss Chris Coleman is due to make a public announcement on the situation on Friday with Swansea’s Ashley Williams earmarked for a promotion.