Bad news for all Arsenal fans as midfielder Jack Wilshere is out of this week’s Champions League tie. 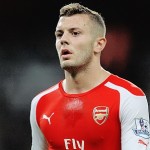 The Mirror reported that Wilshere has been given an all-clear after his injury scare – but is still set to miss Arsenal’s Champions League showdown with Borussia Dortmund.

Wilshere suffered an ankle injury in the Gunners’ defeat to Manchester United but X-rays have shown there was no break but the England midfielder has got potential ligament damage.

Arsenal boss Arsene Wenger says Wilshere “has very little chance” of facing Dortmund on Wednesday while Wojciech Szczesny’s hip injury is not serious but is also likely to force him out of the game.

Jack Wilshere : I Am Not Joining Manchester City!