It has been reported that Arsenal skipper Mikel Arteta admits he spoke with David Moyes about taking the job at Real Sociedad. 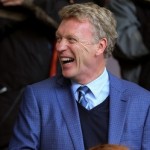 Arteta played for Moyes at Everton and is a former Real Sociedad player.

“‘I gave him my opinion about la Real,” he told Cadena Ser.

“He’s a coach that likes to tighten the reigns, he’ll do well with the group. He demands a lot and works hard, he’s not what you’d call a ‘typical’ English manager that sits on the bench.

“He analyses a lot and he has a clear idea of how he wants his team to play.

“There are things (like the language barrier or knowledge of Spanish football) that could have an adverse effect, but when he made the decision to come to Real Sociedad over the other offers he had, it’s because he sees their potential moving forward.”

He added: “If he’s not able to get the team moving forward from the start, it’s going to hurt him. I wish him the best, he’s a coach that can light a fire under a player and the player will fight to the death for him. He’s a coach that deserves it.”