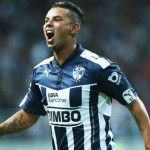 Don Balon reported that Wenger has already made an enquiry for Cardona, whose contract carries a €12 million buyout clause.

A versatile midfielder, Cardona has scored an impressive ten goals in 15 games this season.

The Colombia international has been likened to Barcelona midfielder Javier Mascherano.

Sevilla and Schalke are also interested in Cardona ahead of the January market.