Interesting transfer news are out claiming that Arsenal and Napoli are both showing considerable interest in Marseille winger Mathieu Valbuena. 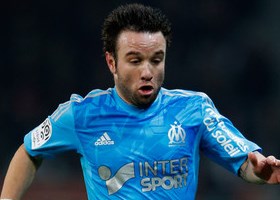 The Daily Mail revealed that the 29-year old French international is wanted by both the Gunners and Partenopei who coincidentally clash in the Champions League on Tuesday night.

Valbuena has been linked with the Gunners in the past and it is believed that Arsene Wenger may again look to bring him to north London this winter in a bid to strengthen his title-chasing squad.

Arsenal Target Younes Belhanda Only Want To Focus On Montpellier