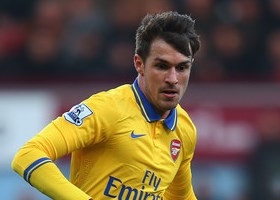 Redknapp wrote in the Daily Mail: “All credit to Stoke for the way they beat Arsenal. They can add that to impressive home wins over Chelsea and Man United and a good draw with Man City, but it is clear Arsenal are missing Aaron Ramsey. At the start of the season his driving runs and goals took Arsenal to the top of the table and they need him back ASAP.

“They also miss Theo Walcott’s pace, and it was a shame that he was in the studio with me on Saturday rather than on the pitch working his magic.”