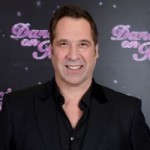 He told Sky Sports News Radio: “I was at the game and after 10 minutes, I’ve never felt like that before watching football, I just could not believe what was happening.

“We were getting outplayed, Hull were creating chances and could have made it 3-0 a couple of times. I was thinking ‘no, not today in the cup final’.

“It wasn’t until Arsenal scored the first goal that I settled down a little bit. The more the game went on they were in control, had a lot of possession and then when they got the winner, what a relief.

“The shackles are off. That nine-year wait is now gone, the Emirates has now got a trophy, the players have now got winners medals.

“Let’s see how many more we can get because it’s one of the best feelings in football when you win trophies and you win medals.”

The former England international believes boss Arsene Wenger needs to add two more quality players to his squad over the summer if the Gunners are to continue to progress.

He said: “Once you’ve worked with Arsene you realise how good he is. He knows everything about the game. He is that good and I would hate to see him leave Arsenal.

“A lot of people two months ago were calling for his head but I was praying that he didn’t leave because I know how good he is.

“I think they need a striker because (Olivier) Giroud almost carried the team on his shoulders up front on his own.

“Luckily this season he wasn’t injured much and had a big part to play, but they need a new striker and they need a more dominant midfield player, a Patrick Vieira type or a Yaya Toure type.

“They only need one or two, but one or two quality signings because we saw the effect that (Mesut) Ozil had when he came in.

“He brought his quality but he lifted the rest of the squad; they saw a real world-class player coming in and they want to show him how they can play. I think that’s why they had such a great start.”