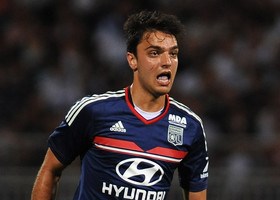 The Daily Star claims that Newcastle look unlikely to land No.1 transfer target Remy Cabella from Montpellier, who are determined to keep him until the end of the season.

Instead, they will swoop for Lyon’s £12m-rated midfielder Grenier, 23, who has been compared to Yohan Cabaye.

Arsenal are also thought to have rekindled their interest in Grenier, who has been heavily linked with a move to the Premier League in recent years.

Reports in France claim the Gunners are consider an approach for the Lyon midfielder in January, and would cost the club £15m.