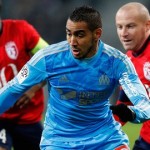 The Evening Chronicle reported that the French international, also linked with Arsenal, has been put up for sale by the French club, and they want him off their books now.

Reports in France yesterday revealed offers of around just £5million would secure the services of the talented 27-year-old, who has failed to make as explosive an impression than was expected since his £12m move from Lille.