It has been reported that Newcastle United are chasing Lyon midfielder Clement Grenier. 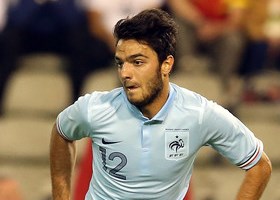 The Daily Star Sunday revealed that through chief scout Graham Carr’s contacts, have made a succession of signings from France.

And they are now eyeing attacking-midfielder Grenier, 23, who is valued at about £10million.

Grenier has also attracted past interest from Arsenal and Tottenham.