Reports have emerged claiming that Nurnberg striker Josip Drmic remains up for grabs. 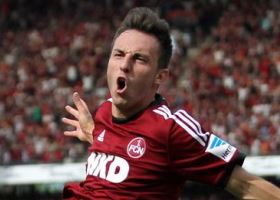 Bayer Leverkusen technical director Rudi Voller recently admitted that his club do not have a pre-contract agreement signed with the player.

He told Bild: “Drmic is an interesting player. But I also know other clubs [are interested]. [Pre contract agreement] that is nonsense.”

Arsenal, Newcastle United and West Ham United are all keen on the Swiss.