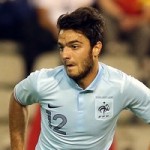 Reports are out claiming that Newcastle United have opened talks with Lyon for midfielder Clement Grenier.

The Evening Chronicle reported that the Toon have touched base with Lyon over a possible move for the French international.

United have tracked Grenier in the last couple of seasons but a bid fell through for the player last January.

The 23 year old attacking midfielder has also attracted the interest of Arsenal.