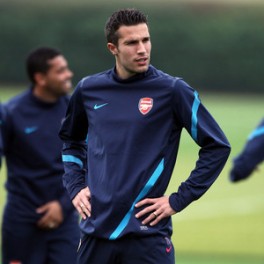 Rice explained: “Robin’s been playing a lot of games lately and it was just a question of Chamakh needing games. We just thought that we would give him a go. You can’t say that Marouane didn’t try.

“If he had a little bit more luck he perhaps might have scored a third goal. But you cannot fault him for his work ethic.”