It has been reported that Theo Walcott has warned Arsenal’s Barclays Premier League title rivals that his side’s belief if growing stronger with every victory. 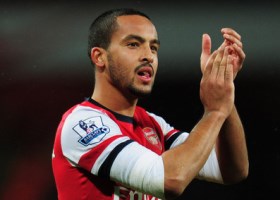 The England international said : “If you want to win titles then you have got to go to the end and the thing about this team at the moment is that we never give up,”.

“Every game that we win the belief gets stronger and stronger.

“A lot of people are not giving us enough credit at the moment, but we do not mind that.

“We will just carry on with our job, keep picking up three points, and see where we are at the end of the season.”

Andrey Arshavin : Joining Zenit Was The Best Decision For Me