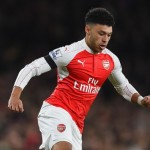 The Mirror claims that Oxlade-Chamberlain has been offered by Arsene Wenger with the likes of Southampton, Liverpool and Manchester City also interested.

The Gunners boss is ready to axe several stars as he conducts a major overhaul after a disappointing campaign.

West Ham are keen to add star names to their squad as they prepare to move to the Olympic Stadium from the start of next season.

Oxlade-Chamberlain has played 33 times for Arsenal in all competitions this campaign, but he has largely been used as a substitute.

The 22-year-old is currently nursing a knee injury and is unlikely to be included in Roy Hodgson’s Euro 2016 squad unless he can prove his fitness. Nuri Sahin Insists Mesut Ozil Not The Only Threat At Arsenal