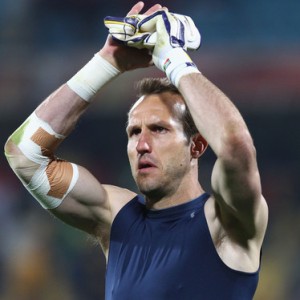 Interesting news are out and it has been reported that Fulham goalkeeper Mark Schwarzer will be offered a player-coach role by Arsenal in a bid to lure him to the club.

According to SunSport, the 37-year old Australian international has been given added motivation to leave Craven Cottage by Gunners boss Arsene Wenger who wants him to undertake a coaching role at Emirates Stadium.

The incentive looks as though it is compensation for the fact Arsenal do not want to pay the $6.9million (£4m) for Schwarzer’s services after having a bid of $3.4million (£2m) rejected by the Cottagers.

Frenchman Wenger sees Schwarzer as being a brilliant short-term solution to his goalkeeping woes but a decision on the Socceroos stars future will not be made until Fulham sign a new manager.