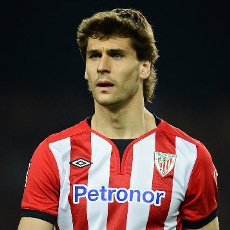 Athletic Bilbao striker Fernando Llorente has declared that he is leaving the Spanish club.

Off contract in June, the 27 year old Spanish international is wanted by Juventus, along with Manchester City and Arsenal.

“Let’s be clear that it is not an economic decision. Athletic’s offer was irresistible,” declared Llorente in a Press conference yesterday.

“Is the decision firm? Yes, I took that decision when I played my first match at San Mames in the Europa League [against Slaven Koprivnica on August 2] and I saw this whole situation that had derived.

“That made me sad and I decided not to renew. I also want to try other things. I have been European and world champion, I have played for years at a high level.” Arsenal To Include Lukas Podolski In Bid For Hakan Calhanoglu