Reports are out claiming that Arsenal are in talks with Celtic for Virgil van Dijk. 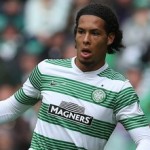 TMW reported that Arsenal have approach Celtic for the Dutchman and opened talks over a January deal.

Hoops boss Ronny Deila is desperate not to lose Van Dijk in midseason.

“Virgil works hard in training and is more focused. He’s going to be expensive but he loves to be here,” said Deila.

“I really hope that we can keep him. That is the priority. If he is going I hope it is to the biggest clubs and not an average Premier League team.

“He has everything you need to do it at that level.

“But I hope we can keep him to challenge for four competitions.

“That would be good for him too. He is our player and we have him on a long contract.”