Interesting transfer news are out claiming that Arsenal are prepared to move for Real Madrid captain Iker Casillas at the end of this season. 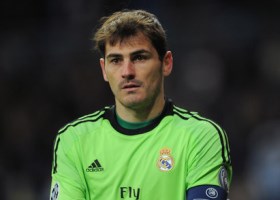 El Confidencial reported that Arsenal have been encouraged by their initial contact with Casillas’ camp and if circumstances do not change for the Spanish goalkeeper, they intend to bid for him in the summer.

It is said that the 32 year old is open to a move to London, but won’t consider leaving Real in midseason.