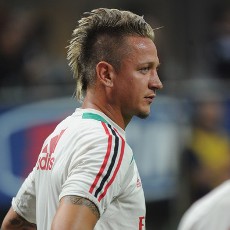 Reports are out claiming that Arsenal boss Arsene Wenger is reviving his interest in AC Milan defender Philippe Mexes.

TMW reported that the 30 year old centre back is available after struggling this season for form.

The France international is admired by Wenger, who is exploring the prospect of a cut-price January deal. Robert Lewandowski To Resists Move To Arsenal This Summer

Zlatan Ibrahimovic : I Will Retire At AC Milan